There was just the two of us to play this game, its a repeat of Vimeiro, what would happen this time? 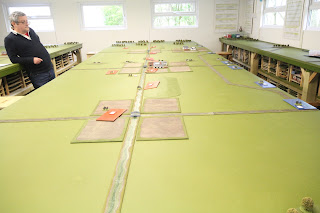 The battlefield is dominated by the village of Vimeiro itself and there is a stream that runs laterally across the battlefield. Both armies consist largely of infantry but the French do have two Brigades of Cavalry against a single Brit Cavalry Brigade. Deployment is fairly simple, linear, with no major surprise. 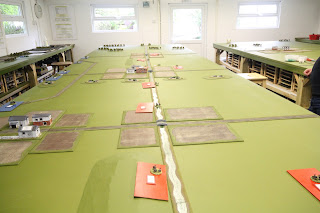 The above pic shows the front line from the Brit left flank. There is a hill that provides an anchor for the Brit deployment. The nous is on the French to attack and the Brit uses the village of Vimeiro and the stream as his main defensive line. 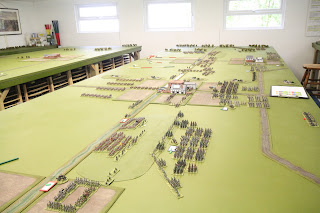 This is viewing the front line again, from the French left flank and all the armies have been deployed. The battle will literally spit itself into three convenient sections, left flank, centre and right flank. 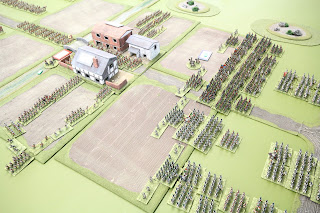 A lot of the action was centred in and around Vimeiro. The French launched multiple assaults, but each time the British infantry were up to the task of defending. This was true along the line. The French would attack and the British would hold the line. 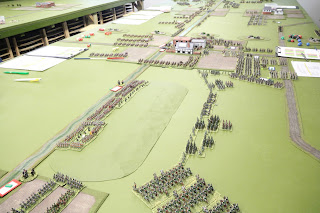 This shows the French left flank. British squares are facing off French Heavy Dragoons and the battle at this end is in a form of stalemate. The othe comment to make was that the artillery duel between both sides was being won slowly by the French, this would be telling later on. 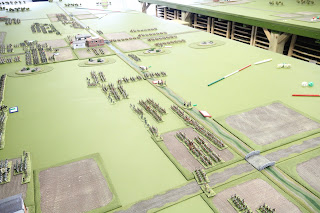 The story was the same on the French right flank. Here the British started to advance and it was only French artillery that dissuaded the British as to the wisdom of such an advance. 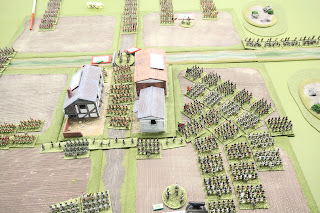 Eventually the French were lucky. The village came under attack from two columns, the first was repulsed but the pic shows the second column, French Grenadiers, closing on the village. The defenders were ejected with heavy losses. 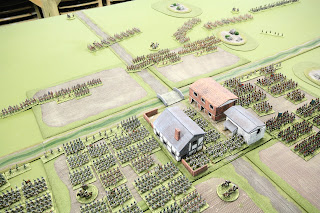 Vimeiro is now solidly under French control, as are the immediate flanks. This forced the British to ful pull back from the river. The British line is still intact 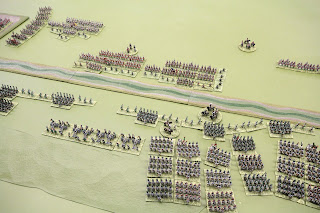 This is the French left. The taking of Vimeiro, along with winning the artillery duel, has given the French the height ground. Moreover, further left, the French Heavy Dragoons can now work their way around the British right flank which is being held in squares. The only option is for the British to withdraw which they do successfully.
Peninsular battles are always intriguing as they allow a lot of tactical nuance. This game was not different. Next up is going be a surprise as it will be the 100th game. Unusual and unexpected I would say. Until then!

Ged Elliott
I'm now a young 63 year old who wargames everyday thanks to my better other half (she is indeed the pretty one in the piccy) who goes out and does the real work and my son who has helped me with the "software" bits. I now do "my own thing" in 10mm in a more Grandiose way "In the Grandest Manner" in a new building called the "Situation Room".